A LORETTO tenant in Glasgow has created a stunning garden which is bringing people together and creating a real sense of community. 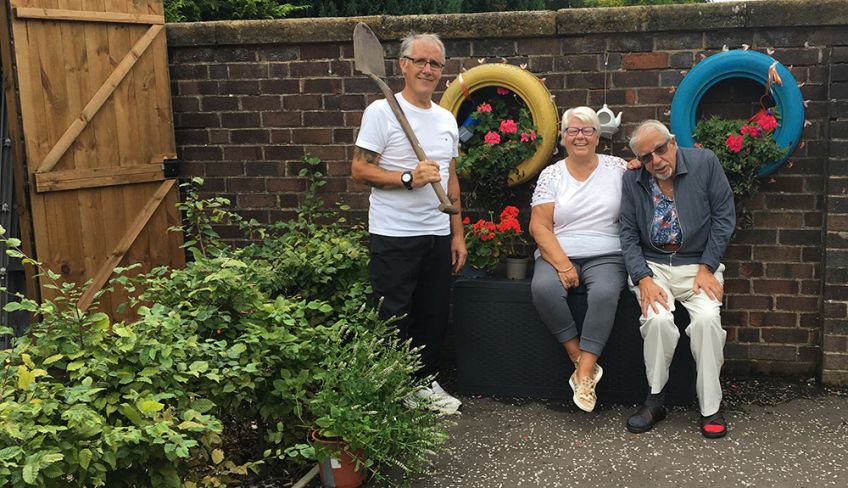 John McInally transformed outdoor space at Kippen Gate, the former Buckley Street school in Parkhouse in the north of the city, into a striking garden.

Residents are not only enjoying spending time together sitting out – but John also delivers bags of the healthy fruit and vegetables he grows to neighbours.

Housing bosses at Loretto, part of Wheatley Group, were so impressed with John’s garden they bought him a glass greenhouse to help him continue his great work over the winter.

John, 62, a former gardener who now enjoys it as a hobby, has transformed the garden with raised planters, a vegetable plot, an open space with table and chairs, and added colourful touches like tyres used as improvised plant holders.

It’s a real labour of love for John – and has become a focal point for residents at Kippen Gate. 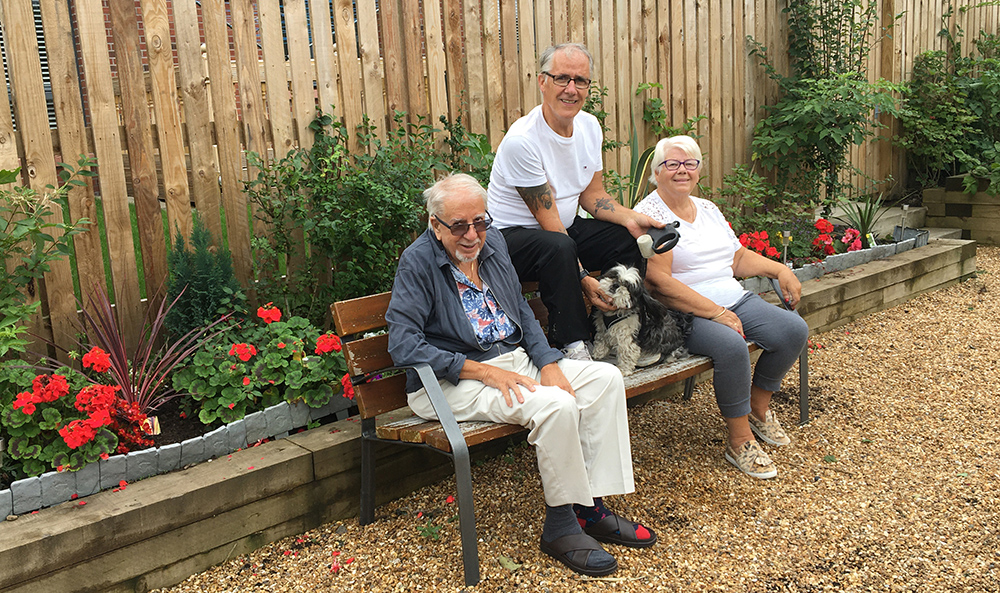 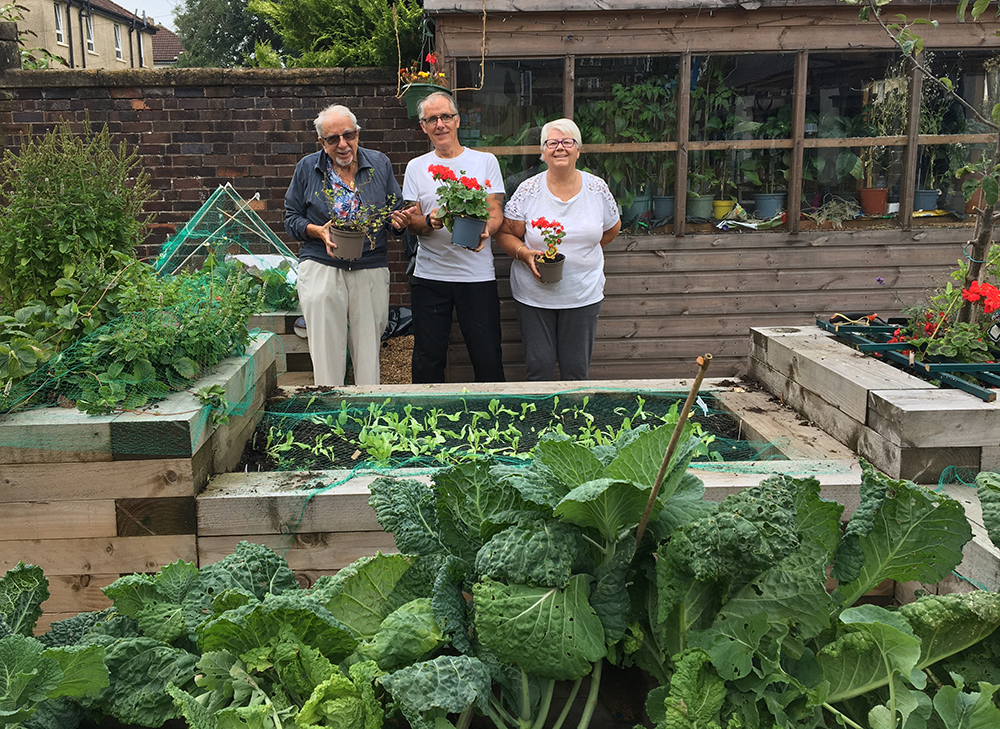 John said: “I get great enjoyment from the garden, and the other residents do too. It helps bring people together.

“I grow carrots, turnips, cabbages, tomatoes, courgettes and lots more, as well as strawberries and other fruit.

“I give a bag of fruit and veg to the other residents as often as I can. It always goes down well and I try to make sure everyone gets something.

“The greenhouse is a nice gesture and it will be good for seedlings and cuttings for next year.

“We’re a real close-knit community here and everyone goes out of their way to help each other.

“If someone makes a pot of soup they’ll share it with others here. We’re all good friends, as well as neighbours.”

Neighbour Rose Adens added: “John has done a terrific job. Nothing is too much trouble for him and he helps out every neighbour here. The garden is a great way of bringing people together.”

Supporting tenants to live more sustainably is another way that Wheatley is driving the green agenda in homes and communities throughout Scotland.

The Group is investing £100m on sustainability initiatives over the next five years as part of its ‘Greener Homes, Greener Lives’ campaign as Glasgow gets ready to host COP26.

Chris Walker, Loretto’s Head of Housing, said: “The garden is a real focal point for residents and is a great way of reducing isolation.

“John has done an amazing job. The garden is not only beautiful, but growing healthy fruit and veg for the benefit of his neighbours is so impressive.

“We were delighted to help out with the new greenhouse. I’d like to thank John for all he’s done for the development and for his neighbours.”

John is pictured with neighbours Joe Guidi and Rose Adens at the top of the page, and outside his home in Kippen Gate. 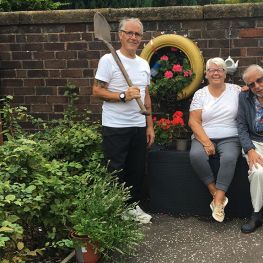 A LORETTO tenant in Glasgow has created a stunning garden which is bringing people together and creating a real sense of community.

Over 236 tonnes of furniture have been saved from being dumped or going to landfill thanks to a life-changing upcycling service from Wheatley Group. 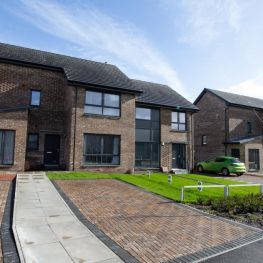